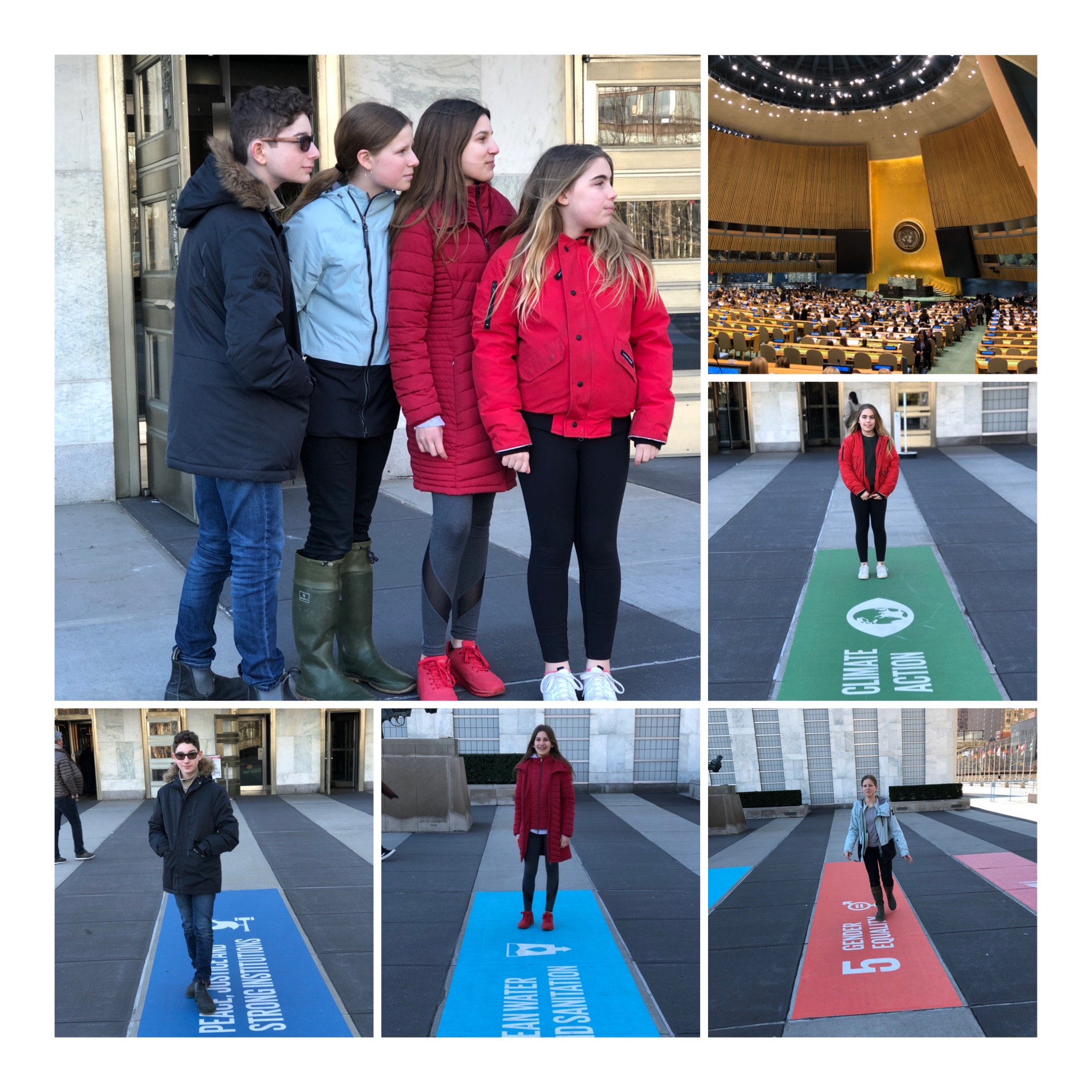 The opening speeeches are delivered. Today they are in committee drafting resolutions. Tomorrow, they will deliver the final resolutions to be voted on. Those final resolutions will be read by Mr. Antonio Guterres, Secretary General of the United Nations, in June.

We as humans need trees to breathe and forests are habitats for both humans and animals, yet deforestation is one of the greatest problems the earth suffers. Currently an area of forest the size of England is lost globally each year.

Africa is ailing from deforestation at twice the world rate, but this problem occurs everywhere. In Rwanda there is approximately 22 percent forest which is a huge improvement after the results during the genocide, but we can help even more with an already existing product.

Sorghum board is a strong, durable and environmentally friendly substitute for wood made with pressed sorghum stalks, that are otherwise thrown away after being used in food production.

Conveniently Rwanda harvests sorghum. With the help of the East African Community, the World Wildlife Foundation and the African Wildlife Foundation we can expand the production of sorghum to sorghum board for building materials and fuel in Rwanda and, if successful, worldwide.

EcoSoc 20.A The Advancement of Women

Women face many barriers to equality including stereotypes, poverty and distance to care. According to WHO In 2017, there were roughly 810 preventable female deaths relating to childbirth every day. Many of these deaths happen because pregnant women do not have access to adequate health care.

Midwives play an essential role in health care for women. A midwife could mean the difference between life and death for both mother and child. There are organisations working in some parts of Africa to reduce maternal mortality like the African Medical and Research Foundation, but the Republic of Rwanda would like to petition for funding from UN Women to expand this programme to East Africa with a target of training 10,000 midwives there and equipping them with midwifery kits, much like the ones UNICEF is currently providing trained personnel with in developing countries. These kits contain medical supplies that are essential for a healthy mother and child.

Yemen is currently in a state of civil war. To make matters worse, Saudi Arabia and the United States are blocking food, medicine and water from entering the country, resulting in uncontrolled outbreaks of easily treatable diseases. In July of 2015, the United Nations officially declared the conflict a Level 3 emergency.

General Assembly resolution 64/292 states that clean water and sanitation are essential human rights. In accordance, the Republic of Rwanda proposes to use a cloud seeding technique to increase rain fall in Yemen.

Cloud seeding essentially speeds up the process of rainfall by providing additional nuclei around which the water condenses. This solution is less expensive than desalinization, and it is not easily targetable as it would be controlled by the UN Secretariat or the World Meteorological Organization.

The Republic of Rwanda would seek funding from the World Health Organization and the UN Office for the Coordination of Humanitarian Affairs.

By implementing cloud seeding, Yemen would be one step closer to achieving Sustainable Development Goals 3, and 6. This would help secure a healthy and safe future for all citizens for generations to come.

The Safety of Journalists

On April 7th, 1994 the Rwandan Genocide began. In the one hundred days that would follow, one million people were slaughtered. The world remained blind to the enormity of this tragedy because local journalists were not protected and were silenced by fear.

The UN recognises the importance of protecting journalists, and UNESCO is involved in many of the operations that do. Numerus NGOs exist with the purpose of keeping journalists safe.

Since 1992, 1,359 journalists have been killed. 90% of journalists attacked are local. They do not have access to those who would protect them.

In order to prevent tragedies like the Rwandan Genocide, Rwanda would propose to create an agency that would provide local journalists with access to international media entities.

The preamble to the charter of the United Nations obligates us to “save succeeding generations from the scourge of war”. In order to prevent war, genocide, corruption and countless other terrible events from destroying the world, the world must know.